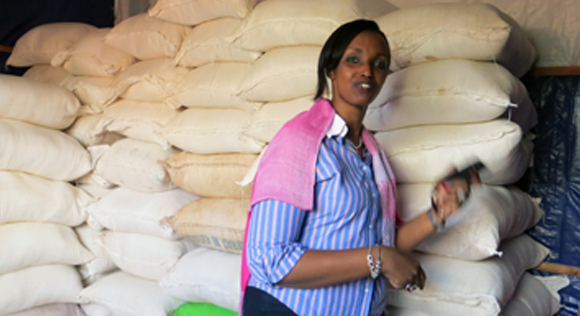 Christine Mukabayojois currently the lead member of the FAMA team working on the ground in Central Africa. Originally from Rwanda, Christine now resides in Bujumbura, Burundi and spearheads FAMA’s work with the Pygmies of Muyinga. She began working with FAMA in 2005, is prominent in the business community in Bujumbura, Burundi, and is the treasurer of the Guerison des Ames Church.

Jacques oversees the day to day work of FAMA Ministries among the Pygmy families in Muyinga. A refugee from DR Congo and a pastor in a local church, he supervises FAMA’s distribution of food, school supplies and other necessities. He also encourages Pygmy families to care for the homes built by FAMA and periodically follows up with families to make sure the children continue to attend school and checks on their progress.


Barthelemy Gasore is responsible on the ground for FAMA's micro-enterprise project. His academic background is in rural development.

Simon Sebitereko is FAMA's local accountant. He has worked as an accountant for many years both in the private and governmental sectors.

John Mukiza is a member of the local FAMA board in Burundi.

Bea Ntahe is a member of the local FAMA board in Burundi. She has many years experience working in the non-profit sector.

Alimasi is a local adviser for FAMA in housing construction and farming.

In memory of our late colleagues

Eraste Rwatangabo played a critical role in FAMA Ministries in Africa from its inception in 2005 through 2011. He served as general secretary for FAMA in Africa and as a key member of the team overseeing FAMA’s work in Muyinga. In addition to volunteering in FAMA Ministries, Eraste worked for Ebenezer Ministries. There, in conjunction with Ebenezer’s partner, Children in Crisis, Eraste spearheaded a program building schools and training teachers in the plateau region of South Kivu, Congo. He was widely respected. Countless children knew him as “Le Capitain.”

On October 4, 2011, Eraste, along with colleagues, was brutally murdered in a tribally motivated attack, while travelling to oversee activities in the schools of South Kivu. Eraste was a modern day hero, combining strength, humility and compassion. He is sorely missed by the FAMA team and the Pygmies of Muyinga as well as by countless others throughout the world.

Immaculee Mvuyekure , along with Eraste and Christine, played a key role in launching FAMA’s work among the Pygmies of Muyinga. Originally trained as a Burundian diplomat, Immaculee was a businesswoman running a store when she joined the FAMA team. She and a Pygmy senator were highly instrumental in motivating the Pygmies to enroll their children in school.

During the first two years of FAMA’s project among the Pygmies, she tirelessly served their community with great compassion and hope for their future. Immaculee made regular trips to Muyinga to assist with food distribution and the enrollment of children in school.

In 2009, Immaculee was diagnosed with colon cancer. For over a year she cheerfully waged a valiant battle to beat the disease. Sadly, on November 20, 2010, Immaculee lost her battle to colon cancer. Neither the Pygmies of Muyinga nor the FAMA team will ever forget her. 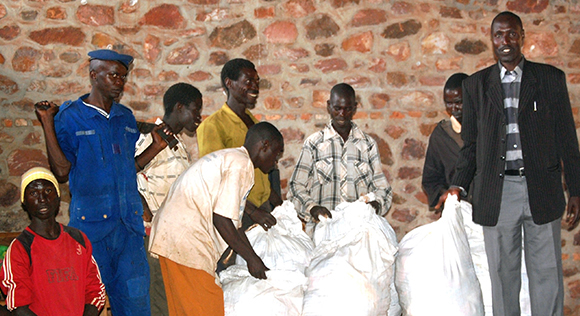