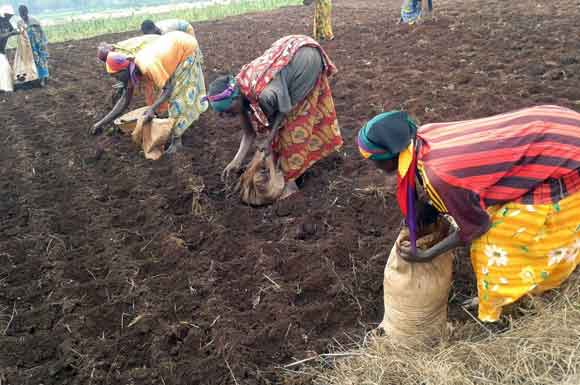 Early in 2016, after years of negotiating with local governments for land, FAMA launched a pilot farming project among the Pygmies of Muyinga. During the initial farming season, the longstanding 87 FAMA families worked together to clear the land and plant beans. At the end of the season, they successfully harvested approximately 830 kilograms of beans. That is 1,826 pounds!

FAMA now partners with British organization Children in Crisis in this farming project.

Pygmies and other impoverished residents of the Muyinga community are becoming more autonomous. They will be growing their own food rather than simply receiving handouts!