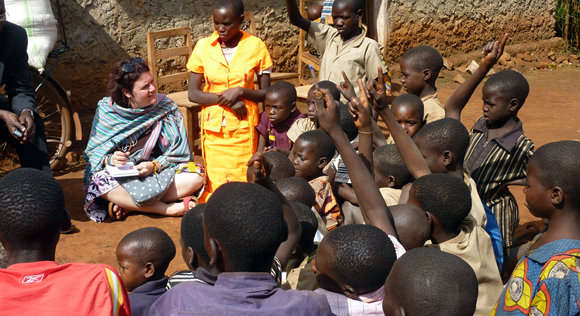 Four Families to a Home! 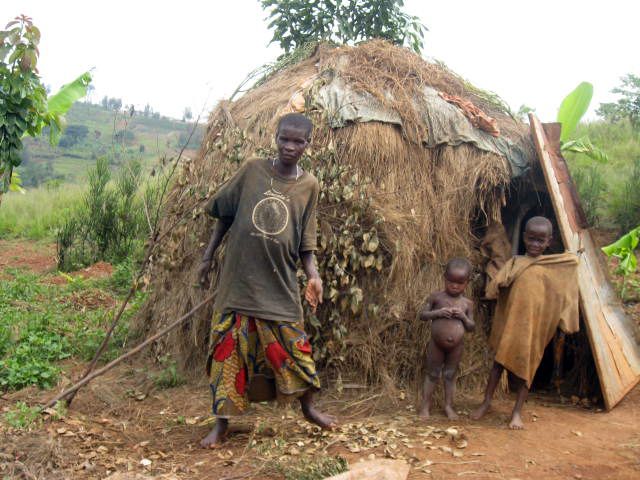 Traveling to the Muyinga Province was an unforgettable experience! The trip from Bujumbura to the Pygmy Village was about a 4 hour drive on winding, sometimes steep roads. When we arrived at the Village, we were almost immediately surrounded by Pygmy children anxious to see Pastors Ruben and Manasse and the mazungus (a.k.a. WHITE people) they had brought with them.  As I took pictures I realized that most, if not all, of the people I was photographing had never seen themselves even in a mirror. They were amazed to see their digital image on the screen of the camera.

One woman in particular was most anxious for us to see her home, which was really a hut constructed with sticks, grasses and various fabric bags such as UN flour sacks. She pulled back the ‘door’ (a piece of fabric) and said, through my interpreter, that 4 families lived in the hut. I asked, ‘Do you mean four PEOPLE?’ and her adamant reply was ‘NO, four FAMILIES!’ I could only imagine how they must’ve been packed together in a space that is smaller than any room in my own house in America. She went on to explain the unbearable conditions that result from rainfall penetrating the shabbily constructed home; the children’s sleeping bag was really a flour or rice sack.  The drastic disparity between my own life in Maine and the lives of these was jolting.

The images of the Pygmy Village have given the phrase ‘the poorest of the poor’ new meaning for me.  I have worked with the FAMA US team since 2007 to continue the work that Pastor Ruben began . FAMA has brought hope, help and dignity in the name of Jesus to the Pygmies of Muyinga. I hope to return some day to see the permanent houses that 40 families now can truly call home.